How a cell phone locator can improve parents’ peace of mind?

by Find My Phone
in Locate Cell Phone 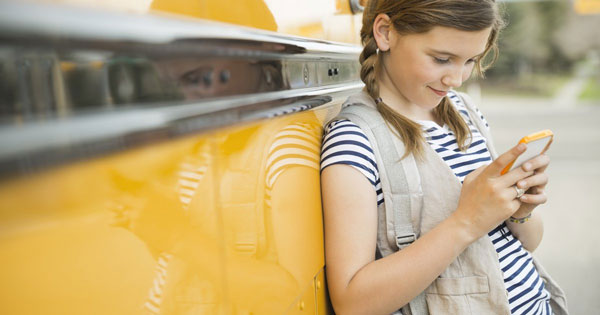 There are lots of debate around children and cell phones. Parents, teachers, and experts disagree about how old is old enough to give a child a cell phone and how much time children should spend using their cell phones.

But while there are good reasons to worry about how and when kids should use cell phones, there’s no denying that they can be beneficial. And one important benefit that they can provide is peace of mind for parents.

Not only can a cell phone allow you to contact your child by calling, texting, or instant messaging at any time, a smartphone can help you find your child even if they aren’t answering or picking up. Phone tracking can be useful in several ways, like locating a lost or stolen phone, but for parents, the biggest benefit of GPS phone locators is that they can be an extremely effective way to locate the owner of the phone as well.

Today, we will talk about how a cell phone locator can improve parents peace of mind, even as their child becomes more independent and demands more freedom.

Your teen’s cell phone could be the key to locating them quickly in an emergency situation.

Most cell phones come with the capability to provide at least some location information, even without any special apps installed. While the location technology that comes with the phone may not provide the exact location of the phone, it can significantly narrow down the search.

Although many teenagers are used to using cell phones for everything, and may even have grown up without a landline phone in the house. Parents may remember that at one time, cell phones could not provide the location of the caller which means that cell phone users who dialed 911 but weren’t able to provide their location could not be easily located by emergency services.

The addition of locating system evolved from a directive from the Federal Communications Commission in 1996 that required wireless companies to install systems to locate cell phones that made 911 calls. The technology has changed since then, but the locating system can help people who are in danger remains.

The locating applications in smartphones

Although the basic location services that both Android and iPhone smartphones come with are helpful, for a worried parent, just knowing the general vicinity of their child will never be enough. Fortunately, parents who want a more accurate picture of their child’s location can get that information if their child’s phone has an app installed that offers that service.

Like the in-built location services in the cell phone, locating applications have demonstrated their usefulness in real-world cases where family members and authorities needed to locate a vulnerable person who may have been in danger.

For example, in August of 2018, police received a report of a missing and possibly kidnapped 15-year-old girl. Fortunately, a family member located her whereabouts via a cell phone locator installed on her phone and reported the phone’s movements to the police. When the girl’s location changed, this real-time information helps law enforcement officers safely locate the girl and reunite her with her family.

GPS locating technology gives kids the freedom to roam while allowing parents to stay informed and connected. It sometimes gets a bad rap. It’s true that there are ways people can use this technology that are invasive and unwelcome, but that doesn’t mean that the technology itself is bad. GPS locating has plenty of legitimate uses that provide important benefits to users, and the ability to locate missing children is one of the most important of those benefits.

GPS locating applications can be a way for parents to allow their children more independence and freedom than they’d feel comfortable with otherwise. When you want your child to be able to move around their community independently, but you also want to be certain of their safety, GPS tracking provides a solution. Tracking apps give you the ability to confirm that your child is where they’re supposed to be when they’re supposed to be there. Likewise, parents who want to know where there child is at a given time can do so quickly.

If you’re a parent, this increased ability to locate your child’s whereabouts and find them quickly when you need to can give you the confidence that you need to allow your child to go out and move around independently. Even teenagers who might initially express resistance to an app that allows you to locate their movements may be won over by the additional freedom they have to go out by themselves or with friends without needing to bring an adult or check in frequently.