Is it possible to track a non-smartphone?

by Find My Phone
in Track Phone Location 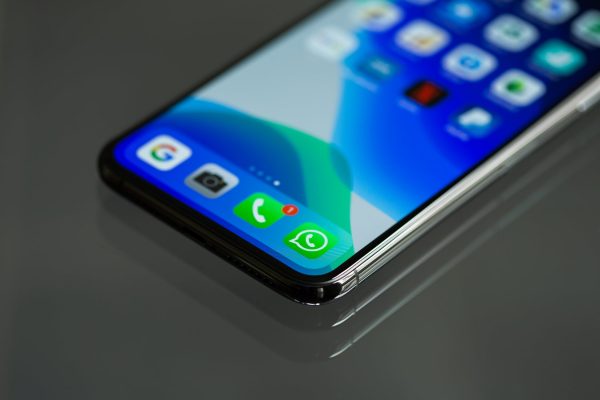 You’ve arrived at this article probably because your cell phone got lost or stolen. You start digging into several ways on how to track a lost cell phone. Thankfully, using the GPS chips built-into your device can help to track and recover a lost phone. However, the biggest concern is whether the existing technology supports the recovery of non-smartphone. And you find that very few consider such possibility and provide relevant guideline. That’s why we create this guide and help users with similar issues. Simply take a closer look at how can you track a non-smartphone.

Contents hide
1 Difference between smartphone and non-smartphone
2 Can I track a non-smartphone?
3 Can a smartphone be tracked without battery?
4 Can I know when a phone was last used?
5 Closing thoughts

Difference between smartphone and non-smartphone

Technological progress has made the smartphone become more like handheld computers than phones. This small gadget features a wide range of functions waitting for you to explore. With smartphone holding in hand, you’ll be able to browse the web, download applications, exchange information and communicate through voice and video. While non-smartphone or dumb phones, function more like a phone and less like a computer. It usually enables you to place phone calls, send messages and browse basic websites.

Can I track a non-smartphone?

Most of us are fully aware that GPS chip embedded in the smartphones enables applications to untilize GPS tracking for any location-based activities. A case in point is GPS mapping apps, such as the popular Google Maps, Waze, MapsQuest, Foursquare. Some other apps incorporated with GPS function are used to track user’s activities such as apps for jogging, running and camping.

Moreover, this powerful function solves the issue of how can I track a lost phone. A handful of phone recovery or anti-theft apps are available on the market, such as Find My iPhone, Find My Device, Glympse, Life360 and so on. Some client apps can track the smartphones using IMEI number through signal strengths via nearby cell tower.

What if your missing phone is a non-smartphone? Is it still possible to get it back? How to track a non-smartphone if it goes missing? The answer to these question is, no. You won’t be able to track a non-smartphone without GPS. Even with a phone number, it is quite difficult to determine its location unless it is a number of landline phone. Reverse phone lookup services such as WhitePages and Beenverifier let you enter the phone number to get certain information. But normally they will not be able to provide you with exact location.

Such being the case, you need to contact the phone service provider to know the location of the cell phone number. The operators have the data of which cell towers are near you, and with that data the phone’s position can be estimated. The accuracy shall depend on the number of towers and the topography, land cover of the place. However, service providers would not disclose this information unless it is required by law enforcement.

As such, it’s nearly impossible for a civilian to track a non-smartphone. It’s advisable to invest in a smartphone instead of a dumb phone, so that you can find GPS location of cell phone if you lost or misplaced it somewhere.

Can a smartphone be tracked without battery?

As we mentioned before, a smartphone can be tracked with the help of GPS chip embedded. What if the battery of your cell phone is moved? In most cases, when you switch your phone off even if you do not remove the battery, the device will stop communicating with nearby cell towers. Thus, a smartphone can be traced only to the last known location when it was powered on.

Can I know when a phone was last used?

Yes, simply open my device activity under your Google settings and you will see which apps that person had opened and the searches and browser history. You’re also given options to view the location that person had travelled with your device if your device was connected to the internet for that duration of time.

The thought of losing your cell phone is enough to evoke panic, especially when sensitive information are stored inside. The good news is that several location tracking options are available for you to locate a lost cell phone. Even if you need to track a non-smartphone, network service provider can serve your exact purpose but this type of information may not be disclosed easily. It’s suggested to opt in a smartphone that can be tracked and recovered easily in case you lost or misplaced it.