What would happen if GPS satellites failed? 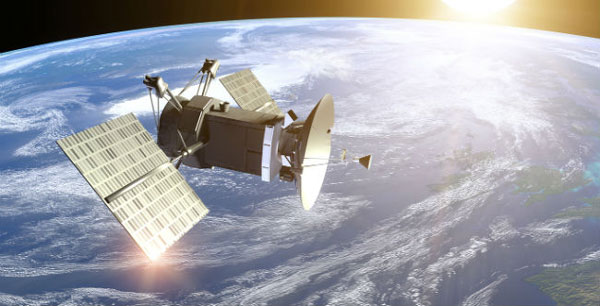 It’s hard to imagine living any other way that the roads are clogged with drivers slowing to peer at signs, no information is boarded to your next arrival and regular power outages occur. The reality is that all these could have happened if GPS satellites failed. Even worse, flights and ships can lose their ways, emergency service will start struggling and the world will look like a different place. If you are curious about what would happen if GPS satellites failed, follow this guide. It will show you the importance of GPS satellites and how it affects our daily lives.

What would happen if GPS satellites failed?

Some may be unaware of the importance of global positioning system in our day-to-day activities. Thanks to GPS satellites, we are able to access information using internet service, go for a place we’ve never visited, have confidence in pilots to land us safely and much more. That is to say, GPS has made our enviornment a safer and easier place to live. The signals sent back down to Earth from the satellites tell GPS receiver precise parameters of space, time and velocity. The satellites are equipped with atomic clocks that can measure the time accurately to a nanosecond. GPS acts as a positioning, timing and navigation system to guarantee the smooth functioning of our lives.

It seems that the total collapse of GPS will never happen. As GPS plays a critical role in our life, it’s no wonder that it will be heavily protected and rigorously backed-up. However, if the GPS were to fail, the ramifications were far worse than we think. Airborne flights and ships at sea found themselves isolated from the rest of the world, power grid could stop working, communication services could crash, weather forecasts would be completely off. In general terms, if GPS stopped working, it could have a huge impact on our daily lives.

It’s known to some of us that in Janurary 2016, when the US air force took one GPS satellite offline, an incorrect timestamp was accidentally uploaded to other functioning satellites, making them record a discrepancy of 13 microseconds. This error may seem trivial, but it did cause chaos for 12 hours around the world. Police, fire and radio equipment in parts of U.S. and Canada stopped working. Even more, BBC digital radio was out for two whole days in many areas, and the anomaly was detected in power grids.

There are lots of reasons why GPS could fail while intentional attack could be one of them. The signals of GPS system are weak enough to be easily obstructed. For instance, truckers utilize cheap jamming devices to avoid employer tracking, which could unintentionally interfered with airport system. With the attempt to impede GPS tags on stolen goods, criminals can accidentally shut down port operations.

The possible worst situation is that spoofers send wrong data to electrical substation equipment in a metro area, which could overheat power lines and transformers, causing widespread outages. At the same time, multiple hidden jamming devices could weaken cellphone service and also force fire, police and emergency departments to revert to old and single-frequency channels.

Also, atomic clock failure can affect the system. Last year, nine clocks across 18 Galileo satellites in orbit stopped functioning without warning. Meanwhile, India reported malfunctions in 7 of the 21 clocks in its constellation of navigation satellites.

Can GPS satellites be turned off?

No, GPS has never been deactivated since it was luanched and operated in 1995. Millions of users around the world have been monitoring and recording GPS performance. It could be obvious and widespread if opertors ever interrupted the GPS service.

Is there any GPS alternatives?

Although the complete failure of GPS is the least outcome, it never hurts to take precautions. For years, the US Coast Guard has been used a land-based radio navigation system called Loran-C. As GPS was widely adopted, try to consider its upgraded version as a promising backup. Ground-based fiber optic cables could be another option. In a recent experiment, the US department of Commerce’s National Institute of Standards and Technology worked with the Naval Observatory to test signal transmission between two federal time scales. It showed that the Coordintaed Universal Time(UTC) could be transferred with a stability of less than 100 nanoseconds, as long as it was connected.

GPS satellites makes our daily lives function smoothly. It can be seen that without GPS satellites, the world we know will be different and life could be a big mess. Emergency service, health care, agriculture, shipping can be greatly influenced. Though GPS would not completely crash, it’s still advisable to develop GPS alternatives in case of emergency.

Find My Phone
Carl L. Hirsch is a writer, editor, and journalist. He has been a staff writer in various US-based periodicals for five years. But then he decided to dedicate his life to traveling and freelance writing.