What is new in GPS technology? 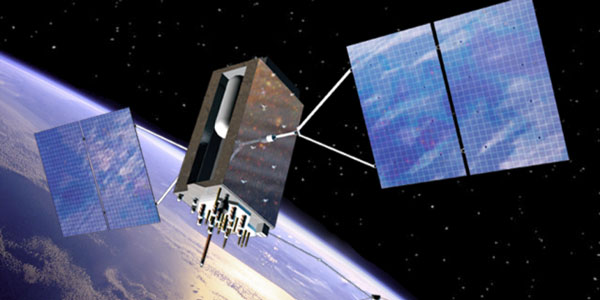 Recently, GPS III program has made news due to its delayed launches and anti-jamming selling point. There is no denying that GPS system plays a critical role in both military and civilian use and the United States continues to invest in the development of this GPS technology. However, whether the investment would pay off and what GPS III brings remain to be discussed. In the following guide, we will discuss what GPS III program is all about.

What is GPS technology?

Global positioning system is a mix of at least 24 satellites transmitting radio signal to provide positioning, timing and navigation. It was once founded and used by US military, but later become avaialble to ordinary users. Although GPS signals are vulnerable to intentional or unintentional disruption, we rely on technological infrastructure and GPS technology.

The GPS has become vital to various aspect of the coutry’s critical infrastructure. It can tell us where we are, where we’re going, find family location, locate nearby restaurant when you new in a city, manage assests and much more. As its importance can not be disregarded, the US government has started upgrading GPS space staellites with new features so as to improve its overall performance. Newer GPS satellites like GPS IIR(M), GPS IIF and GPS III has come under the spotlight.

GPS III is the newest communication satellite that will have a 15-year design life, and it’s set to roll out in 2023. It consists of the first ten GPS III satellites, which will be used to keep the Navstar Global Positioning System operational. The United States fully employed GPS on July 17,1995. However, technological progress and new requirements on existing system led to GPS system modernization. In 2000, new ground stations and satellites are involved, they come with additional navigation signals, improvied accuracy and availablility.

What will GPS III do?

GPS III promises that it will have three times stronger signals and better accuracy and up to eight times the anti-interference capability. Compared with existing GPS technology, it will determine the location within 1 to 3 meters. These satellites are expected to have a 15-year lifespan, twice as long as the oldest satellites. In all, GPS III is designed to provide enhanced signal reliability, accuracy and integrity.

This technology will be available to more people. The new L1C civilian signal is the key to the expansion, this signal is interoperable with other international global navigation satellite system and shares the same center frequency as China’s BeiDou, Japan’s QZSS and Europe’s Galileo network. Thus, GPS Receiver will be able to broadcast location data from multiple global navigation satellites system at once and provide more accurate information.

It’s not wonder that some people may forget that GPS used to be a military technology as it is now popular among ordinary users. On the ground, new command centers are installed to control the existing GPS satellites along with new GPS III. At the same time, existing command centers are being upgraded so as to communicate with the fleet of GPS III satellites.

In the sky, this communication satellite will transmit encrypted M-Code signals that are more powerful than existing military signals. They will be more reliable for military operations as well as be eight times anti-jamming.

Predictably, the accuracy and accessibility of GPS technology will be improved all around the world. The GPS III program aims to provide stronger siganls and better location accuracy, and it will be accessible to more people. That is to say, the future of GPS tracking will be more accurate and effective for personal as well as business use.

Find My Phone
Carl L. Hirsch is a writer, editor, and journalist. He has been a staff writer in various US-based periodicals for five years. But then he decided to dedicate his life to traveling and freelance writing.

Guessing doesn’t work. Findmyphone does.
Ensure your peace of mind today
Try Now
Back to Top